Charlize, I've got your back

I’ve always been one for having strong opinions, but today is one of the few times when I have felt strangely unsupported in an opinion by the vast majority.  As a left-wing feminist I come across a lot of debate, but I generally find a huge number of people on my side.  Today, however, I seem to be entirely alone!

Apparently, Charlize Theron said something a little…misguided today.  Something about comparing press intrusion in her life to being raped.  HERE is the story in everyone's favourite newspaper.

Understandably, the use of the word ‘rape’ provoked a very strong response from the world of the internet, however I completely respect the comparison Theron is making.

Bear with me here. 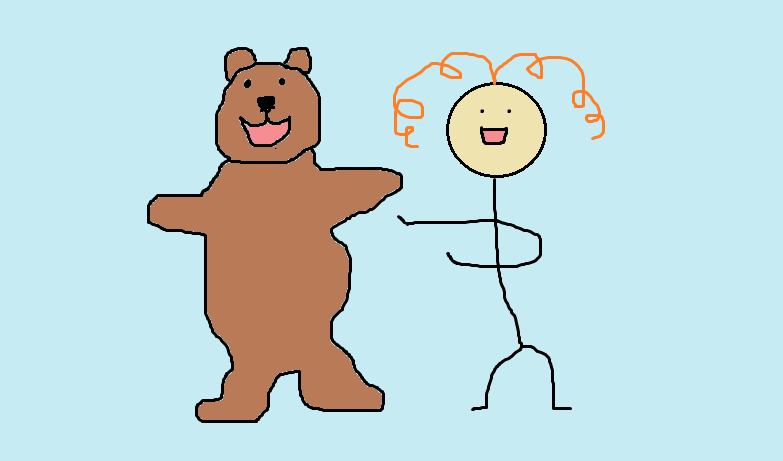 1.      Being a celebrity is HARD.  I’m, thankfully, not a celebrity, but I perform for a living and literally singing for one’s supper every day is not the luxurious, carefree life most people believe it to be.
2.      I don’t believe it is acceptable for anyone to compare any bad experience to any other bad experience if they have no knowledge or experience of that experience.  (If that makes sense…)
3.      Rape, actually, happens to as many as 1 in 3 girls in their lifetime.  (It's difficult to ascertain the exact figures because so many people keep the information hidden.  Those who haven’t been raped will, at least, have been sexually harassed and extrapolating from the feelings they had during that harassment gives them, albeit some, knowledge about what being raped would be like physically and emotionally.  Charlize Theron has apparently campaigned for rape charities in the past, and it seems to me like she would not have used the term lightly.
4.      I very much doubt that everyone who has commented on Charlize Theron being ‘stupid’ and ‘ignorant’ has experienced being a celebrity or a performer.
5.      How, then, do these commenters know that her comparison is not a valid one?

Remember, not all rape involves being kidnapped and taken to a dank dungeon and held hostage, and not all rape even involves violence, as bizarre as that might sound.  Having this narrow view of rape only makes it more difficult for young girls to identify when it is happening to them.  “Is this rape?” They might ask themselves while it is still going on, worrying that their rape is somehow not as ‘valid’ as someone else’s rape because they were not worried for her life.  This point is very well-expressed HERE.  I will reiterate that it is my understanding of rape as something horrendous and life-altering that causes me to believe that it should be less of a taboo subject to talk about freely, with no fear of judgement or misunderstanding.

I’ll say it now; I’ve been raped.  I’ve also had a very unpleasant experience while performing.  One of these caused me to feel an underlying fear and anger towards our mysonginistic society.  The other gave me weight gain, extreme anxiety and insecurity, severe depression, borderline alcoholism, and flashbacks involving panic attacks and vomiting in the middle of the night, replaying over and over certain incidents and how I could have prevented them.  I tell you now with complete honesty that I would rather repeat my rape experience than the other one.  Bandying the word rape around with no authority is foolish, but a person declaring that rape, by its very definition, must be far, far worse than something they have not experienced, is speaking with sheer ignorance.  All this, I think, plays into a broader issue regarding how people in so-called ‘real jobs’ view those in the arts; some comments internet-users are making imply that they don’t consider acting to be a difficult career.

Someone asked me recently how I justified being an actor. They wondered why it is that people look up to singers and actors as role models rather than celebrate the work of soldiers, doctors, or teachers, who are actively helping people who are vulnerable or suffering.  The idea that some jobs are more ‘worthy’ than others is interesting, and I used to believe that being an actor or a singer was somewhat of a ‘selfish’ career, but actually now, I couldn’t disagree more.  (Bear in mind, I’m not trying to argue that acting or singing are MORE worthy than other careers, just that they are not UNworthy.)

I respect real talent in all areas.  Real talent is rare.  I’m not being a snob here, just realistic, but I would bet money that relatively few people on this earth could say what exactly was so special about Stevie Wonder’s voice: his songs are catchy and memorable, and are perfect for any party, but his voice cuts right to my core; the purity of it, but also the emotional complexity behind it, and the perfect word painting he uses on every single note…most people can sing to an extent, and they all have potential to be singers, but I doubt many of them would ever sound like him.  It’s the same with acting; anyone can act, that’s what makes it so accessible as a hobby for amateurs, but finding a true artist is extremely rare, and the audience don’t often recognise true talent when they see it. It’s not just about making the audience laugh or cry, even though that’s important; it’s about knowing that the artist has given their whole self to everything they create.

We don’t directly help people in the same way that doctors do, but we (at least attempt to) provide emotional nourishment.

A good friend showed me THIS video recently and in it you can see and hear a couple of greats: Ethel Merman and Judy Garland.  I don’t know if either could really be considered as ‘role models’ because they both lived fairly emotionally unhealthy and unhappy lives, but this is the very point… these amazing women, along with other people, such as Marilyn Monroe, effectively sacrificed themselves to provide inspiration and happiness to millions of people.  By giving us a part of their soul, they allow us to let out any sadness or anger we are keeping inside- who hasn't enjoyed self-indulgently listening to Radiohead while allowing a solitary tear to dramatically roll down their cheek?  This, in some ways, is what being an artist is, even on a small scale like mine; I have got crazily better at singing and acting over the years, not because of training, but because of life experience.  It’s not necessary for me to think of how every song I sing precisely applies to my own life, but just being alive for a while has given me the emotional basis I need to understand things I never would have done when I was very small.  I don’t write songs, but I do write stories, and these have also got much more interesting and eloquent as I’ve got older, at quite a great emotional and mental cost to me, but I would not trade any of it in for the world.  To truly perform, (and I’m not being wanky or pretentious here, just honest,) one must effectively cut open their guts and spill them all over the stage for everyone to see.  Recently I performed a piece for a crowd of about 100 or so people, and afterwards I had to go off and cry for half an hour, not because I was upset or embarrassed (because I actually sang pretty well,) but because sometimes when I perform I get the distinct feeling that everyone is staring directly into my soul and picking it apart.  Another audition experience I had recently felt as if I was naked on the stage and everyone was judging my body.  There are few careers more exposing than performing, and most performers I know would understand the comparison between having a particularly bad time on stage and somehow being sexually abused in some way.   Art is so incredibly exposing it can feel unpleasant at times, but also exhilarating, so I automatically respect anyone who has a career that involves this kind of performing, and once you get into it, it can be both overwhelming and addictive.  I’m no Ethel Merman, who voluntarily took to the stage the day after her daughter’s suicide to perform in ‘Gypsy’, a show where she played a pushy stage-mum, but I know enough to understand how sacrificial this career can be.  When artists draw attention to how sacrificial they are being this somewhat diminishes the effect of it, (I would never claim to have sacrificed more than most people for my acting career,) but it is still important to discuss.  It seems that, perhaps, a lot of the time the people who constantly and bitterly complain about negative media attention are the people who most deserve it, but this is not necessarily the case with Theron.  The vast majority of actors and singers take this kind of press attention with grace and good humour.  Theron was maybe a little misguided in using the words she did, but only because she should have predicted that people wouldn’t understand or sympathise, when high-profile acting is so often portrayed as something hugely desirable.

On the contrary, performing is bloody hard work, especially when you are just starting out.  I think that artists get the reputation of being rich, lazy and self-absorbed, but this couldn’t be further from the truth; acting in a show every night, for example, might seem like just pottering into work at 7, banging out a few tunes and leaving, but usually they will have rehearsals during the day, since people will be coming in and out of shows all the time, and they may work other jobs, like office work or teaching, for most acting and singing jobs are not particularly well-paid.

Actors and Singers do not ask to be photographed or swamped by fans in the street.  Some of them, to be fair, do seem to thrive on it, but, for a lot of them, this is something they must deal with to be successful.  It’s dreadfully unfair when you think about it; Steve Jobs was very successful, and, though he got quite a bit of negative press over the years, I doubt he ever had areas of his fat circled and zoomed in on, or was helpfully informed by a magazine that he was looking a little old.  This is, almost certainly, more of a problem for women than it is for men, but you wouldn’t see Michelle Obama or Kate Middleton getting this kind of treatment, or if they did it would have a huge public backlash.  The difference for artists is that they are seen as fair game, especially the women, because public perception is that they 'chose' it.  Beyonce’s job description involves her performing for people; she should not be required to look flawless 100% of the time; be polite to every photographer she meets; or to have nothing but successful and fulfilling relationships with other people, but you’d never know this from what the media has said about people like her.  Some would say that it is the responsibility of someone in the spotlight to provide a good example for young people, and this is certainly the case.  But hounding her, calling her fat, ugly, or ignorant, or implying that she has no right to use a word which, as a female, she would almost certainly have had either direct or indirect contact with, is absurd.