The Trials and Tribulations of Possessing my Brain

Eek.  This is hard.  This is the least funny thing I will ever write, but it’s probably going to end up being hilarious, because I can’t help it.  I laugh at myself.  I laugh at myself ‘til I ache for it.  (I only managed one real sentence before resorting to a Gilbert and Sullivan quote.  This does not bode well.)

Unfortunately, I am mentally ill.  I don’t really know where it came from, but I think it’s something to do with seeing a penguin being eaten by a leopard seal on the television when I was small.  I don’t believe that one can reduce a person’s feelings to their outward behaviour, but if my experience of most other people is anything to go by, I seem to be infected and blessed with much more intense feelings than most other people.  For a start, I am incapable of blocking out negative thoughts and worry.  Can you choose your thoughts? I certainly can’t.  My thoughts choose me.  Sometimes it feels like they are hitting me over the head with mallets.

For a start, I remember everything bad that has ever happened to me since I was a child with glaring vividness; while the other miniature people shrugged this stuff off, I was deeply affected by every cruel word.  I can remember all the times when I was told off in school- I remember all the times I was made to feel guilty, often because I’d done something dreadful, like do an extra page of my maths workbook in year 5 because I was enjoying it but Mr. Roberts yelled at me and pushed me in the chest because I was now out of sync with everyone else.  It’s like there are spiders in my throat.  Also the spiders are made of dark matter so it’s like I’m carrying around these massive weights inside me.  Every time someone shouts at me, another spider jumps in.  Every time someone misunderstands or misconstrues me, a spider jumps in.  Every time someone leaves me, someone abandons me, someone rejects me, I can’t really blame them, because I think it must be quite difficult to love a person who is entirely composed of spiders. 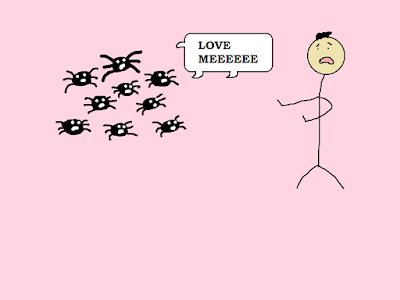 When I do manage to sleep, I wake up in the morning with this weird cloud of nausea- a sense of bleakness and darkness that accompanies me throughout the day.  So that I can maintain some sense of jollity here, I am going to imagine this evil cloud of nausea as a friendly turtle. 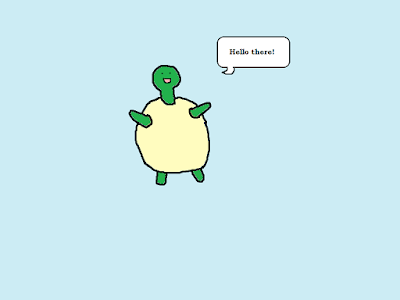 Sometimes I can shake it off by doing things I find pleasant.  Other times it follows me around and slows me down with its laser vision.  Sometimes I manage to run away and I think I’ve lost him, but he appears and manages to cram himself into my brain (which is difficult because my ear-holes are quite small.) The other day this happened on the train.  I’ve just realised that ‘train’ rhymes with ‘brain’ so I have decided to write a short poem.  A ‘poemette’ if you will:

I’ll be sitting on the train
When the turtle will enter my brain
I don’t know why he’s a turtle
Because nothing rhymes with turtle.
This poem is incredibly silly.
The end.

He hits me in my brain and I feel a shockwave running through my body- it goes down my throat into my stomach and hovers, buzzing around my heart.  It’s no longer a turtle- it’s no longer anything- it’s the feeling of being suffocated by nothing.  I can’t save myself because I cannot remove emptiness from anything.  All I can do is wait for the terror to pass.  Thankfully everyone on the tube is too British to say anything.  One of my tears fell on a newspaper being read by a fellow commuter today- they turned the page.

This is hard, because there are spiders blocking the entrances. 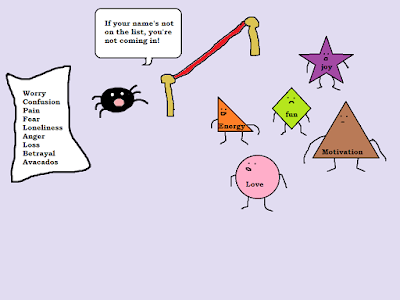 I open up my heart- I open it until it bursts, but there is too much web in there now and people can’t see who I am.  I’m scary.  Weird spider turtle person.  I’m smiling beneath myself but people can’t tell. 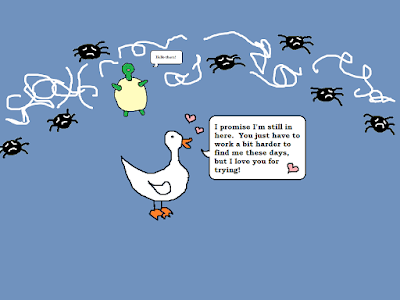 I already know how I would die.  I would buy 12 bananas, which is a lethal amount of potassium.  I would unpeal each banana, eating them as I go (which is silly in itself as I don’t like bananas all that much) then I would spell out ‘GOODBYE CRUEL WORLD’ with the banana skins and lie dramatically beside them.  This wouldn’t work, because I would vomit before I’d ingested the poison, and everyone who saw the message with me lying, groaning beside it, would just be wondering who the tit was that thought this was a good idea.  I joke about this because I have to joke about it.

Despite my musings, I could never kill myself, for the following three reasons:

1.     There are some people in this world who are rather fond of me, and I don’t want these people to be sad
2.     I would poo myself when I died, and I don’t want my poo-stained corpse to be people’s last memory of me.  We live in a rented house, and the cleaning required to remove the stain my dead body would create would have to come out of my flatmates’ deposits, which is hardly fair on anyone.
3.     I keep bloody hoping things are going to get better because I’m an optimistic idiot.

AGGHHHH the curse of hope.  I’m like that spider in the cave- I keep trying and trying and trying again even though things keep going wrong.  It’s comforting, in a way.  I keep realising, to both my dismay and delight, that I really haven’t learnt anything at all.  Oh, BRAIN. 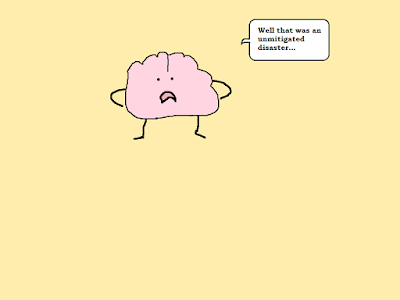 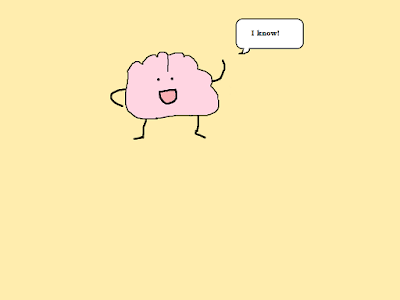 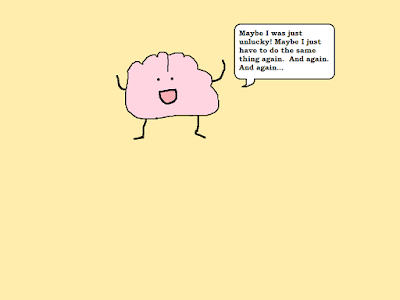 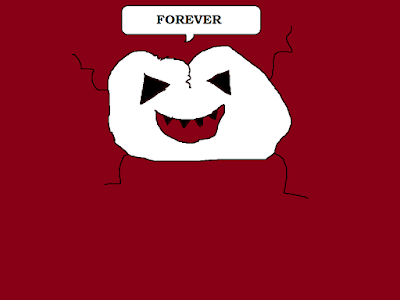 Which is kind of annoying, but also kind of vital.  Hope has made me sick.  I thrive on but am also weakened by it.  It’s ironic that in this world full of nuclear penguins and weird diseases and climate change, it is hope that’s going to be the thing that kills me.  Hope is really exhausting.  It makes me believe things that aren’t real and makes me love and give too much.  But without it I’d be dead.  The very thing that makes me want to crawl out of my own body is the only thing that’s keeping me alive.

I’m privileged.  I’m white, relatively well-off, and have (albeit sporadic) work.  All I want to do is love people and be kind to them, but sometimes I end up in this mania where I say and do things that upset people.  I intend to come across as this: 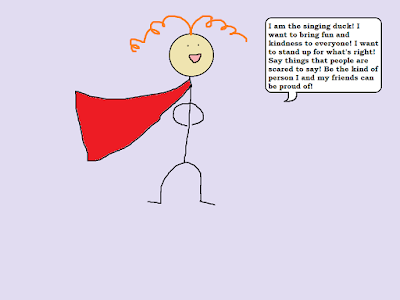 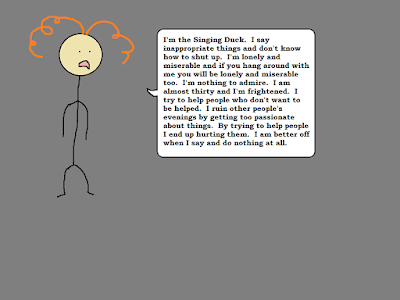 And sometimes I will get so sad that my brain scrambles and I can’t tell who is who and what is what, and that is when I kiss people I shouldn’t kiss, or I have memory blanks, where I will suddenly realise that I’ve been wandering around and don’t remember how my journey began, or the sound and picture of the world has been turned down, or I’ll suddenly remember the time when I was nine and I stole a chocolate bar out of the cupboard at home and I got caught and I don’t know why I did it because I never understand any of the things I do but the hurt that caused my family will WHAM me in the head and suddenly I’ll think I’m going to be sick but I hardly ever am.  I feel the guilt of all the world’s wrongs eating me alive- Syria? My fault.  The polar bears? My fault.  David Cameron making love to a pig? You’d better believe that’s my fault.  I can’t be in my own head, and that’s when I hit myself, or I’ll scream and fall to the ground, or I’ll write something like this and share it with people, because I don’t want to die, and if I didn’t dump these thoughts they would surely burn me from the inside out.

Bulbasaur and Squirtle may be strong against the Pewter gym, but Charmander evolves into a FREAKING DRAGON.

In this world of hipsters where everyone tries to be mysterious and unique, I am the one who desperately, DESPERATELY wants to be understood and loved for it.  When I empty my brain onto the internet, it keeps me alive for a little longer in order to solve this eternal conundrum of my weird, broken brain that feels everything too much.  My thoughts are too loud to keep them to myself; every time somebody reads these words, I feel like they are unburdening me of just a tiny bit of this heavy, spider-filled worry.

The weirdest, freakiest thing about me, however, is that I wouldn’t trade places with anyone; not even with a llama farmer, and that must count for something.  This is MY problem, and I WILL fix it, because if I just gave up, that’d be pretty dull. 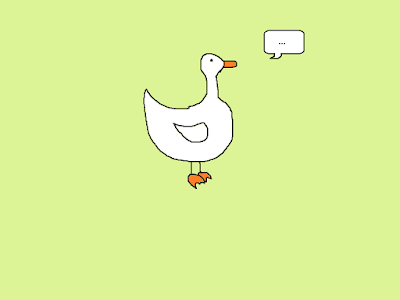 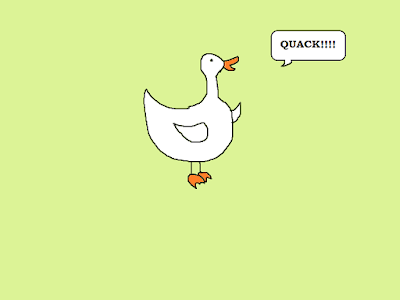 It’s always in the last place you look.

I feel quite a lot better now.  I feel like I may even be able to sleep.
Posted by TheSingingDuck at 19:23