Some of my favourite Pokémon fusions

In a, perhaps misguided, attempt to improve my drawing skills on 'Paint', I have taken it upon myself to copy some of the most hilarious Pokémon fusions that I have come across in the considerable amount of time spent on THIS WEBSITE.

Some people might argue that I have too much time on my hands.  I have very little to say to this.  Others might argue that it was time well spent.  Please take a few moments to peruse the list, and let me know what your favourites are.

What are their stories? What would they say or do? Here are some of my thoughts: 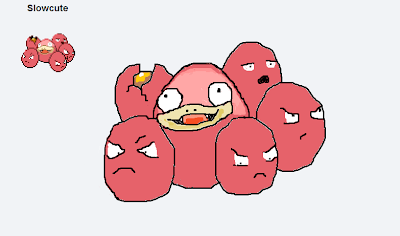 I like Exeggcute combinations because most of the surrounding eggs look so cross (one has apparently exploded with rage) apart from the one at the back that looked like it had some good in its life at some point but is now wistfully singing the song of his people, completely unheard.  The addition of Slowbro to the centre egg amuses me because he adds an air of positivity to the mix; he's a shining beacon of hope amongst his desolate and unwilling companions.  I think I've stumbled across something rather powerful here. 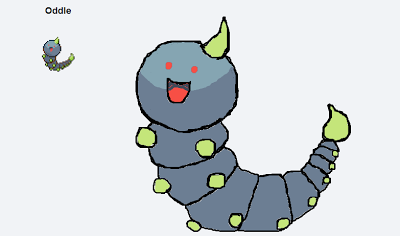 The addition of Oddish's face to Weedle just makes him look like the kind of bug you'd want to pick up and give a big hug to.  The fact that he'd be totally unable to reciprocate the hug due to his lack of arms only makes him more adorable. 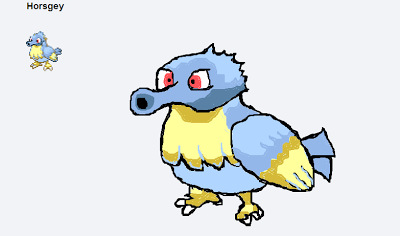 I know exactly what sound this Pokémon would make, and it pleases me.  The thought that it could fly up to me and make that sound in my face at any given time is, on the other hand, alarming. 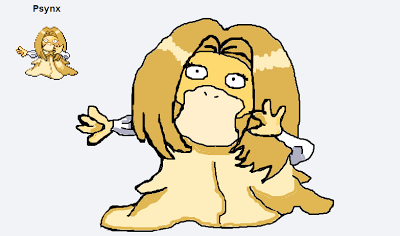 This is perhaps the most beautiful Pokémon I have ever seen, and it also looks like it's doing a dance.  (I added some extra eyelashes for effect.) 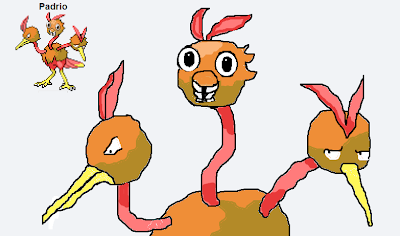 Like 'Slowcute', I enjoy the positivity the middle face brings to this bunch of, quite angry, birds.  The fact that they are attached to each other makes this more brilliant, and just this one picture I feel tells quite a story...I smell a sitcom! 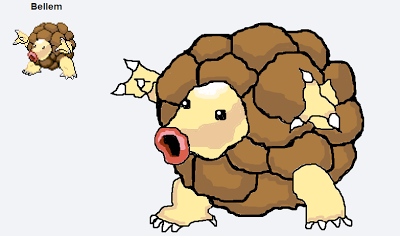 This is about the scariest thing I can imagine playing 'peekaboo' with.  I keep imagining that it's going to suddenly jump out at me; perhaps not in real life but certainly in my dreams. 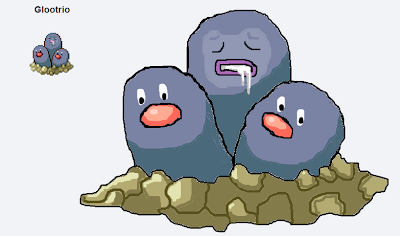 I sense this would also be a good topic for a sitcom; hilarity ensues as two young men struggle to cope with their older brother's excessive alcohol and drug consumption, and try their best to ignore the devastating downward spiral that occurs. 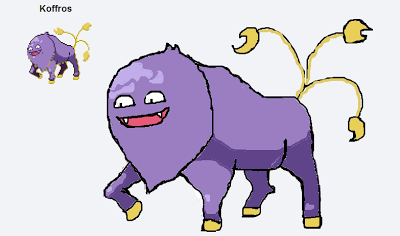 This one strikes me as the kind of beast that wouldn't know it's own strength and would stumble chaotically into you looking for some affection, accidentally pulverising you in the process. 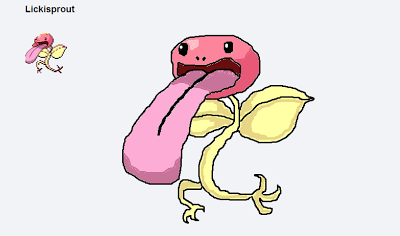 I don't know about you, but I wouldn't want to come across Lickisprout in a dark alley. 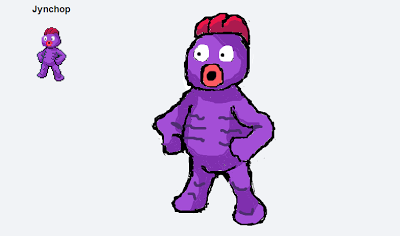 I included this one because when Foofy saw it he spent about five minutes literally rolling on the floor laughing his ass off. 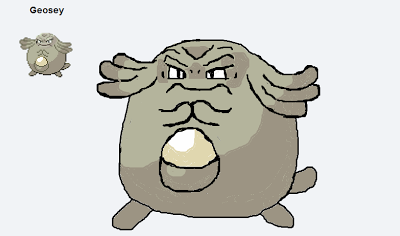 This one knows where you live and spends every moment of its time plotting your eventual demise.  Just wait...time means nothing to Geosey. 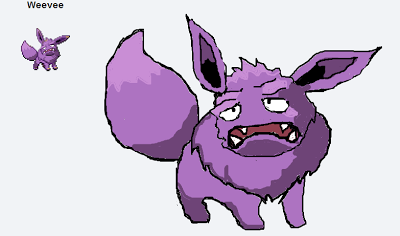 This is about the saddest thing I have ever seen.