I have decided to write my first ever theatrical review!

Punching Jane is currently playing at the Courtyard Theatre near Old Street, and it is bloody good.  It's about 3 whores in a whorehouse who supplement their living by fighting for 'coin.' Here is an utterly superfluous picture. 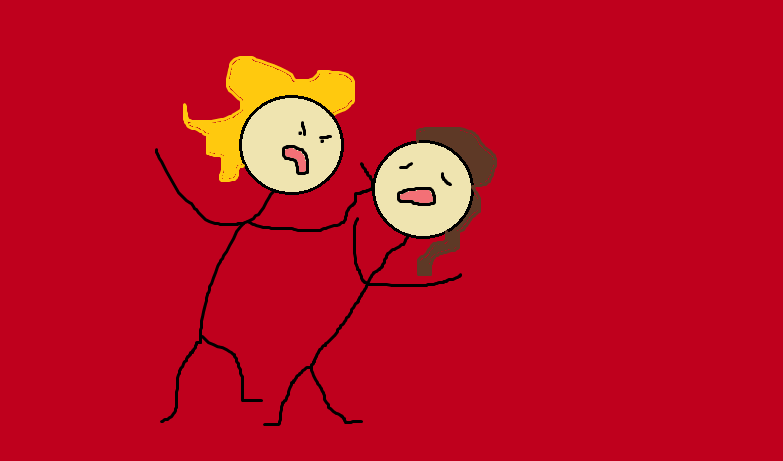 Being an actress, this might come as a surprise to a lot of people, but I don't often enjoy the theatre. This has little to do with what's going on onstage and more to do with the fact that I have to cough and twitch my head every ten seconds and people find that annoying in a theatre.

It is a sad omen for my future as a critic that only three sentences into my review I have ended up just talking about myself.

Anyway, the point I was trying to make is that usually I'll be sitting in a theatre, simply willing myself to keep still and be quiet, but Punching Jane was so absorbing that it worked much better than the Clonazapam I have been taking. Within a few minutes of it all starting I forgot I was even in a theatre.

Surprising statement number 2: I hate it when people act. Most of what I learnt at drama school was learning not to act. I hate seeing people gurning about on stage, looking as if they have no idea what to do with their limbs that previously in everyday life they'd had very few problems with. The best thing about this show was the heart-warming truthfulness of the relationships between the girls. It was a bit like a sleepover, but with paralytic amounts of gin and obscene discussion topics. (Come to think of it that sounds like the perfect sleepover.) The characters were not just multi-dimensional; standard stereotypes displaying varying degrees of appropriate emotion; they were actually just real people, which is kind of worrying considering that they lived in a whorehouse.

That was the other thing; (there were lots of things) perhaps because the girls were enjoying such a filthy, degrading lifestyle, any show of genuine love within that setting was more heart-warming than it would have been somewhere else. I sat riveted as they fell in love, fought, fell in love again then humped each other on the floor with sheer joy.  Until this day I had never been moved to tears by a man performing a kind of half-awkward, half-Irish jig-type movement, but today I can no longer hold such a claim.  To be fair, I cry quite a lot, but not often in public, and it happened a few times this evening. At the end I sat dumbfounded in my seat for a good 20 seconds, refusing to believe it could really be over. I won't give away the ending, but I haven't been that horrified in a while.

"Horrifying" isn't perhaps the most desired epitaph for the writers to receive, but I mean it as a compliment, I swear. Maybe "horrifyingly good" is better. I don't know. This is why I usually write about ducks.

Onto the cast! Emma Pilson as the titular (tee hee!) Jane, gave an energetic, exciting portrayal of a troubled but rather optimistic character. She takes to both fighting and whoring herself off to 'Johns' with apparent gusto, and I admire her business acumen. I often don't like these "strong women" type characters because I hate characters who have no weaknesses, but she managed to show, especially in the last scene, a beautiful vulnerability that in no way took away from her general awesomeness. Kayleigh Hawkins as Mary played her dominant, yet scattered character, Mary, with such a stunning openness that I was worried at points that I might tumble out of my seat and into her gloriously expressive eyes, but thankfully I restrained herself. Occasionally she seemed a little forced; laughter was often a tad too affected, for example, but all in all my uncomfortableness when watching her was very much a positive thing. There is one scene where she must perform despite having just experienced a horrid betrayal, and the pain in her eyes was very difficult to look at or turn away from. The eyes- oh GOD the eyes!!!! I love actors like this.

Hayley Thompson as "Mother" was delightfully hen-like and saucy; her love for her girls was moving, but also something fearsome and dark. I ended up hating this character, but she was by no means a villain. Love is a strong theme throughout this piece, and she displayed more of it than any of them in her actions. Thompson's passion was sometimes subtle, sometimes not, but always wonderfully appropriate for what was going on. Mr. Ed Young plays Thomas, a petulant young man who, rather comically ends up as the owner of a whorehouse.  (I smell a sitcom!) His character is important in showing us what it means to be strong, and it was fascinating watching his scenes with the girls, watching the baton of control being snatched back at forth, sometimes in very surprising ways. Thomas was the jester one minute and the aggressor the next- reminding us of the dangers of giving power to those who are not yet fit for it. It is difficult to like Young's portrayal of this character because most of the times he appeared on stage I felt sick to my stomach. That'll be one for Ed's website:

Ultimately, Young was deeply disturbing yet oddly sympathetic at points in his naivety, and it takes great skill, and great sacrifice to pull such a thing off.

Jinny Lofthouse as Molly and Tom Ziebell as Harry were as cute as little tiny ducklings and in this one particular scene you find yourself wanting them to silently take their affection to the next level more than you want to take your next breath. Most of their interaction was made up of looks; of physicality; sometimes the aforementioned weird jigs, but it was all perfect. Molly was fabulous- seemingly an insipid, wilting flower, but blossoming into something very different when she gets some gin inside her. Also, she genuinely loves her job. Isn't that nice? And also dreadful? At first you find it difficult to imagine that a girl who would probably laugh at the word "boobies" could be a very desirable whore, but Lofthouse makes it easy for us. At times she is wet, but at times she proves to be the strongest of them all.  Harry is the most obviously likable character in my opinion, so Ziebell's job may not seem too difficult, but he displayed a humbleness and clarity throughout the piece which did not go unnoticed.  I do, however, agree with a couple of reviews that wished for more of a background for his character- only because I want to love him more.

I do think the play itself needs further work, but that's the wonderful thing about art- it isn't stagnant; it can evolve, and when we look at perfection, it's actually pretty boring.  I would like to see Jane's character do more in the second half- apart from one particularly noticeable scene, I found myself losing interest in her.  Perhaps this was important as the focus shifts decidedly to other characters.  I would like to see more after the ending.  I don't like leaving a theatre feeling horrified, and I couldn't bear how it ended.  Sometimes, however, feeling uncomfortable is a good thing.  Life isn't all kittens and sunshine.  It's important for us to recognise that morality has evolved since the time of Victorian whorehouses, and right and wrong was justifiably ignored in the face of life, death and love, but I fear some audience members may leave the theatre with a lack of faith in feministic ideals that the show was otherwise promoting so excellently as a result of something that may have happened.  Sorry for being cryptic. (SPOILERS!) perhaps this is entirely selfish on my part.

A lot of the credit for this astounding piece goes to the casting as well as the writing and direction.  Jess Farley has created a family out of what I can only assume were previously strangers, and that kind of dynamic is rare and beautiful.  The work she must have done to get them to such a level of togetherness in such a short time is admirable, especially the subtleties in the relationship between Mary and Molly, which was so intriguing I found myself distracted during an important conversation about Jane's past! Staging occasionally looked a little confusing; people facing upstage when speaking, for example, but I heard every word, which is crucial, so who cares?  The lighting did exactly what it was supposed to do, making up for the relatively minimalist set, which was ideal for the space and the piece.  I don't know much about lighting so cannot go into specifics!

All in all, I will give this production nine ducklings out of ten.  I would give it 4 an a half ducklings out of five, but that would involve cutting a duckling in half and WHY WOULD YOU ASK ME TO DO SUCH A THING. 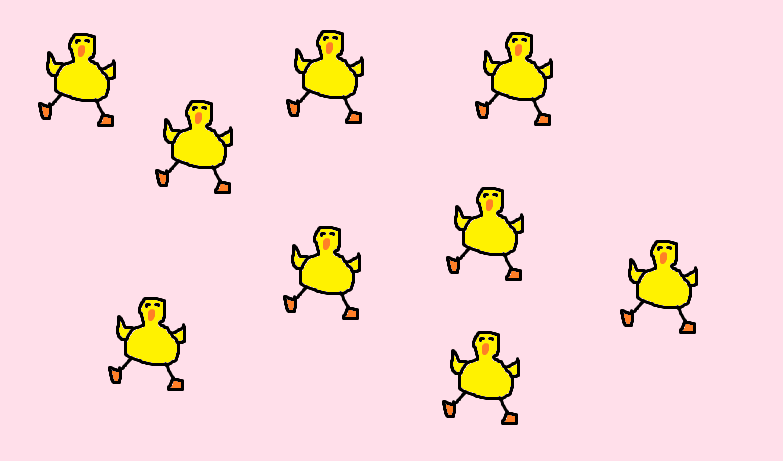 Go and see it! On every night (apart from Mondays I think) until 29th June.
Posted by The Singing Duck at 05:11