This is not something I come across rarely; in fact, most of my good female friends seem to be of this opinion: 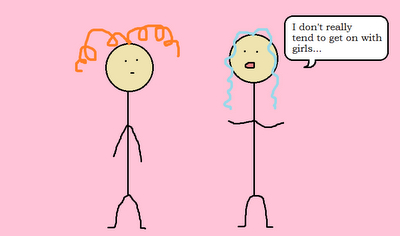 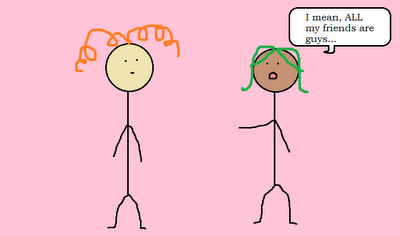 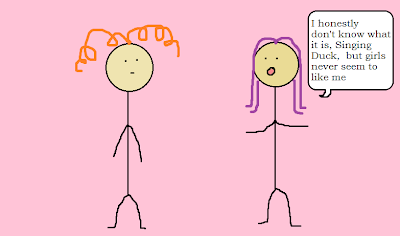 My reaction is almost universal: 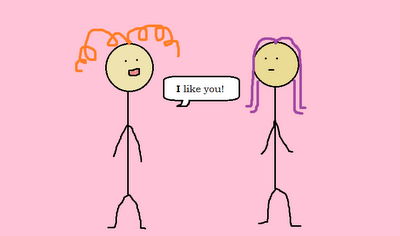 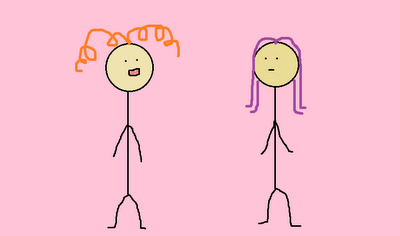 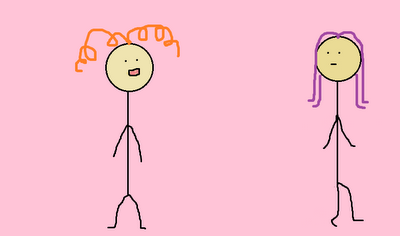 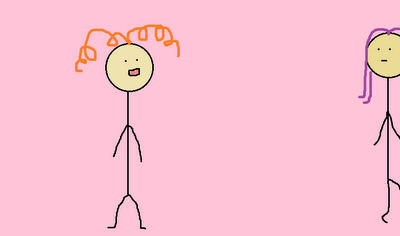 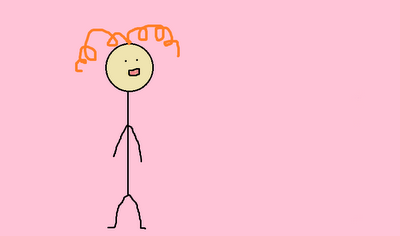 It seems to me that if you are a girl who, secretly or openly, believes that other girls have some kind of vendetta against you, the reason for this vendetta is because you, secretly or openly, believe that other girls have some kind of vendetta against you.  The worst part is that guys have got hold of this as well and use it against girls, saying that male friendships are SO MUCH BETTER because they’re free of bitchiness and back-stabbing, and that they pity girls for being so dreadful to each other.  For some girls, this is the very reason they choose not to associate themselves with other girls, as they do not wish to be tarred with that brush.  I’ve got news for them, though; YOU ARE PART OF THE PROBLEM!!!! If you are so great, why don’t you put your efforts into giving girls a good name rather than forsaking 51% of the world? Here’s another piece of news: boys can be just as bitchy as girls, and, generally speaking, there are an equal number of teasers, idiots, good souls and arseholes in both sexes.

I would actually go the other way.  While I love men and spend a lot of time with them, I actually PREFER female friendships.  This is why:

1.   Girls have boobs
To be fair, I am a little bit of a lesbian, but boobs are objectively just great.

2.   Affection
Okay, the first one was kind of a joke; I’m certainly not implying that I’m friends with people ONLY if they have boobs. (Not in every case at least.)  Anyway… most boys seem to have a big fly in their ointment about physical affection, and seem determined to resist it with every fibre of their being.  I LIKE hugs.  I enjoy snuggles, but if I try and snuggle with a boy they look at me like I’m an absolute nutcase.  Unless, of course, they fancy me, then it’s okay, but then I CAN’T snuggle as I’d be putting them in the “friendzone” or leading them on or something.  Boys, of course, cannot snuggle with each other either, as it’s ‘gay’ apparently, but the great thing about girls is that you can have as many snuggles as you want, and these snuggles have BOOBS in them.

3.   Weddings and Babies
Girls don’t sprint a million miles in the other direction when you want to talk about this kind of stuff.  You see, girls understand that when we want to plan our weddings, it’s not that we’re crazy desperate psychos that are insistent on entrapping a man in our web of kittens and babies (I almost drew a picture of this but it was too disturbing even for me so I stopped) But are simply excited about what we are brainwashed into believing will be the best day of our lives.  Of course, we know it’ll be a horrendous anti-climax and we’ll probably end up crying and choking on our own vomit, but planning is HALF THE FUN.

4.   Giggling
I have only known one or two men that giggle as much as girls do, and it is one of life’s greatest pleasures.  The majority of boys don’t seem to understand that something can just be very funny, and for no reason at all, like this postcard that I bought in Hamburg the other day: 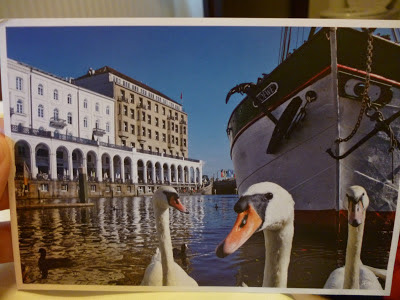 It's as if the photographer was attempting to take a picture of the boat and these three swans just loomed into view, popping their heads up and saying- "HELLO" just as he was taking the photo.  Ha!

Perhaps it was a coincidence that the girl I was with found it just as funny as I did (perhaps not quite as funny) and the boys looked curiously at me as if I had just spent €1 on a poo, but looking back on most of my funniest moments in my life, they were almost always shared with girls and not boys.  Having said that, I love toilet humour, and not many girls do, so the boys get a small tick in that respect.

5.   Openness
It is impossible to be open with the majority of boys.  If I want to talk about a horrible period or a particularly disappointing poo, boys are not interested, even if it is, in fact, a very interesting story.  Boys seem to be under the impression that girls don’t poo or fart, which is a great shame, as farting can be a big part of any successful relationship.  I actually just did one right now.  (Truly!) I’m not asking boys to find me attractive; I already have one Foofy, thank you, I do not need another one at the moment.  Why is it that all girls, even those who are not potential conquests, need to fulfil the expectations in boys’ eyes of girls as delightful, clean, non-pooing creatures that never have any problems or pain in their lower region? To be fair to boys, I do talk about this kind of stuff A LOT, so I may not be the best judge here.  I do, however, know a girl who went out with a guy for two years, and, in those two years, she never ONCE did a poo in his bathroom, even suffering quite severe pain in order to achieve this.  When I re-told this story to a lot of my girl (and boy) friends, they nodded as if this made sense.

WHAT?!? I’m sorry, but if you have to LEAVE THE HOUSE to do a poo, LIKE A DOG, that’s not a successful relationship in my opinion.  And any boys that condone this kind of behaviour? SHAME ON YOU.  I’m not saying you should congratulate each other on particularly amazing poos like Foofy and I do, but SERIOUSLY, there must be a comfortable middle ground somewhere.

ANYWAY, my point is that I prefer to be around people that I know I can vent my womanly problems with, and very few boys put up with that.

6.   Chatting
Boys don’t seem to enjoy just ‘chatting.’ Sometimes I want to have a conversation where both people just speak LOADSANDLOADSANDLOADS without really saying anything important.  When I’ve tried to have this kind of conversation with most boys they tend to over-analyse stuff I’ve just said in passing.  This is a great skill to have in an intellectual debate, but sometimes I just want to talk about how fit David Cameron is (Weird taste, right? Ed Milliband is fitter though, so I know who I’m voting for…) without getting into an in-depth discussion about his evil and malicious policies.  Generally, only girls have developed this art of senseless nattering which I often enjoy.  This point, interestingly, is the only one on the list that Foofy still doesn’t quite get, but one can’t have everything.

7.   Boys don’t often let me give them make overs.

8.   Dancing
Generally when I’m on one of my rare nights out, boys are too cool to dance with me, but girls are usually always up for a showcase of my favourite moves: 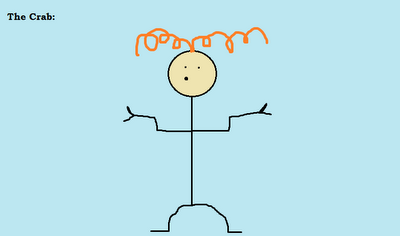 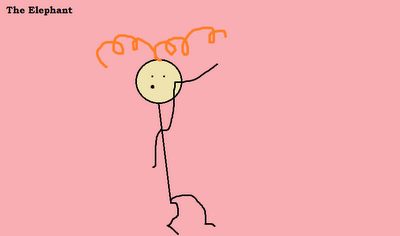 Or, my personal favourite: 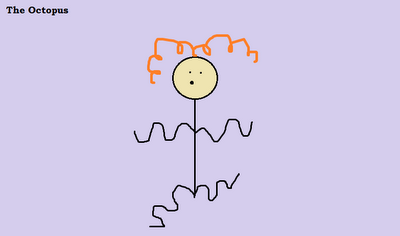 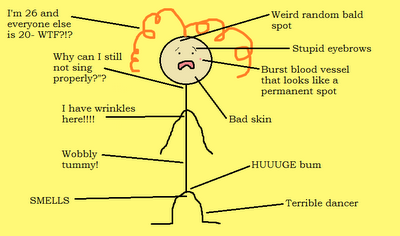 When we’re bogged down in our own insecurities, we tend to look at the pretty, talented, popular girls, and feel this huge wave of hate towards them, and instead of being logical and reasoning that it stems from our own feelings, we start behaving all stand-offish, and when the girl (who probably has her own insecurities that we don’t know about), naturally, appears not to be too crazy about us, we’re all like- “what a fudging BIATCH! What’s her problem?”  So yeah; I get it; I just wish we could all rise above it.  Also, this theory falls apart with me, because I seem to be the girl that girls who don’t like girls actually DO like, and this must mean that I’m either so completely worthless and pointless that they don’t see me as a threat, or that I’m just so super-duper awesome that they can’t help but love me.  I’d like to think it was the second one, but instead I see it as a sign that my theory has some holes in it.  People are WEIRD; let’s just leave it at that.

However, at the risk of sounding like some weird man-hater, I must say that there are also things I don’t like about most girls.

1.   High heels
WHY DO GIRLS WEAR THEM?!? They look fine, I guess, but they hurt and actually physically deform your feet over time.  I have occasionally worn heels myself on a night out, and EVERY TIME I end up at home covered in blisters and bitter regret.  They just ruin the whole evening- what’s the point of them? To make you a bit taller? Why? Unless you’re a very, very small girl, I mean, small enough to cause you to feel uncomfortable, as one might with an extra arm growing out of your face, what is actually the point? Is making your calves look slightly elongated worth several hours of BLINDING PAIN and taking three times as long to walk anywhere? The answer is no.

2.   Toilet time
Ladies, what on earth are you doing in the toilet?!? If I’m doing a wee and it is not my period, which makes up about 75% of my toilet visits, I cannot possibly justify taking longer than about 30-40 seconds in that cubicle.  If you are elderly or otherwise have difficultly sitting and standing, fair enough, but how can you justify being in there for 5 minutes even if it is a poo? Especially when there’s a queue forming outside? What ARE you doing in there?

3.   GIRLS MUST STICK TOGETHER
Having gushed about girls throughout this post, I resent the fact that just because a fellow human being is a girl, I am obligated to like her because of what people think ‘feminism’ is.  Sometimes, girls, like boys, are just not very nice, or they may be really boring or stupid, but magazines encourage me to look upon the entire female species as some kind of incredible super-group of goddesses while men are just our helpful, loyal companions.  I have often heard comments (usually from girls, and a LOT of girls at that) like- “I hate it when a girl calls another girl a slut; it’s just disgusting.” I find this grossly unfair.  Not only do I think it’s awful for anyone to call anyone a slut (unless they actually are a slut, which they probably aren’t,) but why is it worse for a girl to use the word? It is, of course, absolutely fine for a man to use it, because they don’t matter, but us girls must stick together, right? BS.

There being many exceptions, I imagine, to all of these rules, the only thing really consistently different about men and women lies in their genitals, which I suppose renders this entire post moot. I do, however, hope that it provided some entertainment.
Posted by The Singing Duck at 03:16