One of my main ambitions in life is to become the voice of the trains, i.e. the person whose voice you hear when you are on a train who is giving you information:

“This is the… Piccadilly Line…  Service… To… Cockfosters.”

That one always makes me laugh, because it has a cock in it.

Because of the disjointed nature of these announcements they can sometimes be very funny.  One time I was travelling through North Wales to Chester and I heard the following.

Other times they are funny because they impart horrifying information while sounding ridiculously calm about it:

“We are sorry to announce that the…17:15…First Great Western service…to…London Paddington…has been delayed by approximately…one hundred and ninety-five minutes…we apologise for the delay that this has caused to your journey today.” (Again with the ‘Todays!’)

One time, at Reading, the announcement got stuck halfway through so we got:

It was one of the single funniest moments of my life, because the ‘lay’ of ‘delayed’ is spoken at a slightly higher pitch relative to the rest of the word, so the announcement jamming on this one syllable was particularly funny and surprising.  I immediately got a picture in my head of what the announcer would have been like if it had been a live announcement: 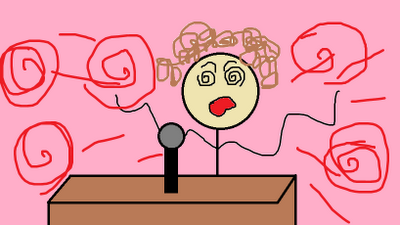 Apparently, the other fifty people on the platform were imagining the same thing because they all simultaneously burst out laughing and we had a wonderful moment of camaraderie rarely experienced in such a dull and dreary station.  The 'LAAAAAAAA..." went on for at least 8 minutes, and it was particularly funny, because during this time they occasionally managed to briefly turn it off, but we were able to hear that it still continued in other parts of the station.

Sometimes what makes me laugh is the reason for the delays; one time my train was cancelled because lightning had struck the tracks in between Reading and Slough, and another time it was because one of the doors on the train was malfunctioning and would not stop opening and closing.  My favourite, however, was when they didn’t attempt to give a reason at all, and just said:

“We are sorry to announce that this train has been delayed, due to ‘an incident earlier in the day’.”

I let my imagination run wild as to what this incident could have been: 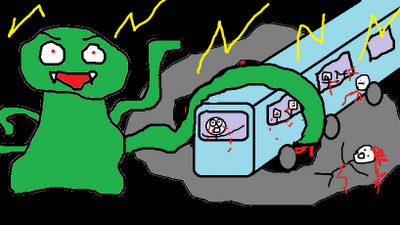