I cannot read maps; even the sight of something that resembles a map makes me feel physically ill, unless it’s this map: 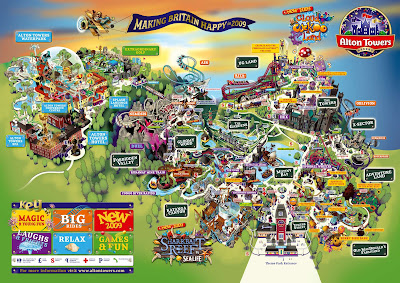 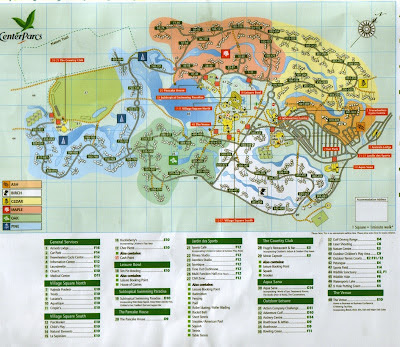 Anyway.  If you ever came across me in the street you might wonder why I am looking at my phone instead of looking ahead, because if I were to take my eyes off the phone for ONE SECOND, I’d probably end up in Madagascar or something.  That’s how bad I am at reading maps.  I have several anecdotes about the hilarity that this has caused, and here is one: it happened about 2 and a half years ago when I was living in Glasgow.

I needed to go to a doctor’s appointment that day so I got up very early and left with plenty of time to get there by 7:45.  Because this is Scotland it was still pitch black outside during almost the entirety of my ill-fated trip.  It was also raining.  I did not own any sensible shoes so every step I took felt like I was wading deeper and deeper into a lake, and it made this horrible squelching noise.  My hair was a complete write-off, and I was very glad that I hadn’t bothered to wear make-up that day.

Half an hour later I was late for my appointment and desperately, desperately lost. None of the roads in Glasgow have street signs so I had no idea where I was on the map. I asked a girl for directions and she said "You need to go right" while gesturing left, and I didn't want to draw attention to it for fear of insulting her, so I just went left and hoped for the best, but before I knew it, the road started to curve right. At about 8:00 I was crying tears of coldness and frustration. I was soaked to the bone; it was STILL dark, it was windy, and I was in a deserted street where no one could hear me scream if I was suddenly caught and raped, which I became immediately convinced was definitely going to happen. It was not a safe area and the odd person that did walk past me looked very suspicious. I went into a bus shelter and rang my boyfriend at the time, J, in hysterics, saying that I didn't know where I was. I then thought to look at the bus shelter which told me the street that I was on. It took J quite a long time to find the street on the internet because it was nowhere near where I was meant to be. This is a map of what I did- 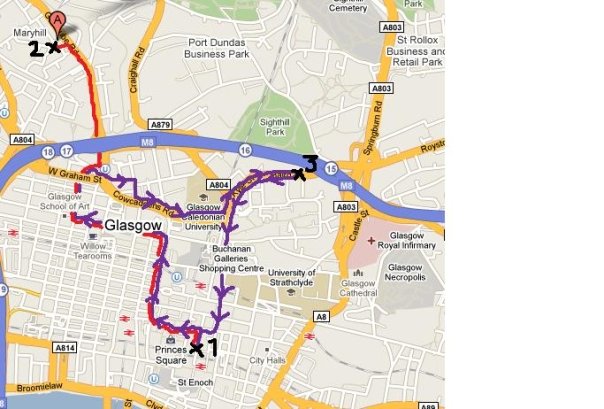 So J convinced me to walk back home, and I was walking against the howling wind the entire way. Every few steps the wind would be so strong it would literally stop me, blow rain and my wet hair all over my face and make me scream out in pain. I was in so much distress that I did not care at all that people could see me crying and screaming; all I wanted to do was to curl up in the foetal position on the side of the road and wait to be rescued by a friendly stranger, but I managed to get home by 8:45.

The purpose of the doctor’s appointment? To cure my crippling anxiety.