Recently, I went to Brazil for a combination of reasons including both business and pleasure.  It was a delightful trip for so many reasons, but perhaps the highlight of the trip was the first night.

My two (male) friends, J and S, and I, arrived in Rio de Janeiro Airport at about 7pm local time.  We collected our bags without incident and joined the line to get our passports checked out.  As part of the process, we had to fill in a form, which involved information about where we would be staying.  For the last three nights, we had a hotel paid for, but for the first three nights, we had arranged our own hotel through a website which we will never be using again.  The room looked very nice and very clean, and was fairly reasonable, but not cheap enough for us to suspect that something might be wrong.

The first sign that something was up was when a volunteer at the airport who could speak both Portuguese and English told us that ‘motels’, in Brazil, were where people usually went to ‘have sex.’  The second sign something was up was when we had to drive through Favellas and abandoned houses to get to the motel.  On arriving at ‘Motel Caricia’ we were actually pleasantly surprised that it wasn’t a broken down building with people inside injecting drugs into their ears, but at this point, I hadn’t slept in 49 hours so I was just happy to be able to sit down.

The motel was designed so that you could pay by the hour to use the rooms, and we saw a lot of people going in with what were probably prostitutes.  We also saw a band go in, and an entire camera crew for some reason.  J and S were pretty mortified and wanted to get a cab back into town and find a hotel in Copacabana or Ipanema, but I was insistent that we stay in the seedy sex hotel because, firstly, we’d already paid for it, and I’d rather be brutally murdered in my sleep than not use something that I have paid for, and, more importantly, I thought that we’d actually be safer inside the room than outside.  After a very uncomfortable 45 minutes where a lot of people came in and out, saw us with our suitcases, and obviously thought we were complete wankers for booking this hotel, we negotiated our three night stay down to one night, and went up to our room. 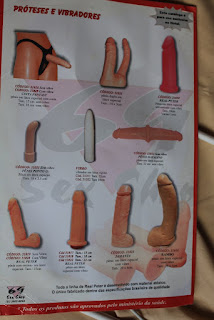 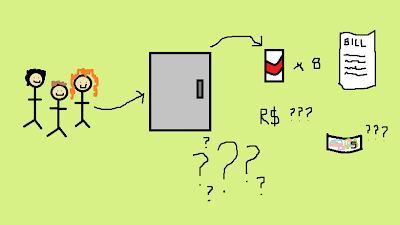 But my creativity fell on deaf ears.