Professor Richard Feynman once said that, to avoid needless decision-making in restaurants, he would always have a scoop of chocolate ice cream for dessert.  This may seem ridiculous when there are a whole world of delicious options available, but when I’m lying on my death bed, I will have, most likely, wasted a total of about 10 years worrying about such things.

The ‘indecisiveness’ I want to focus on in this post isn’t about making huge, life-altering decisions…I’m fairly good at making those, unlike Foofy, who often has burning desires he doesn’t follow through.  Yesterday, in a lull in conversation, he said: 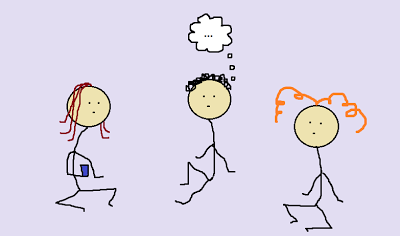 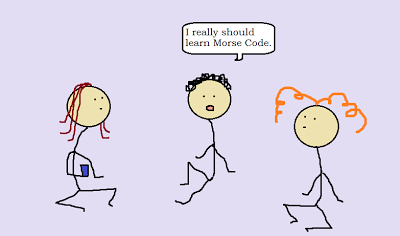 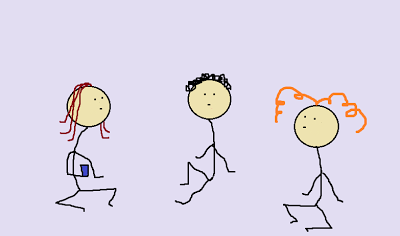 It’s not Foofy’s fault; he’s just got too many skills, and only one human life to explore them in.  I don’t really have that problem.  I have two humans lives, including the voice in my head.

Sometimes, I can be indecisive to the point of panic, like when I have to make a snap decision over whether to run home and drop off a pile of music scores and risk missing the bus with my friends or take 8 copies of Gilbert and Sullivan’s ‘Patience, or, Bunthorne’s Bride’  clubbing with me in Dundee.  This potential decision caused me to have an anxiety attack in the middle of the street (ironically wasting time I COULD have used to run home) and it was only thanks to a passing friend saying he could look after the scores that the decision was made for me.  Usually, however, decisions that only affect me do not pose a problem; it is making decisions as part of a group I find almost impossible.

There are several kinds of people that drive me up the wall in this domain:

Firstly, it’s those people who claim they ‘don’t mind’ what we do but then later complain that whoever decided made the wrong decision.

Oh my GOSH this annoys me; over my years of university I was faced with many large-group situations where there was a choice, and people would actively shy away from making a decision, then, when I made one for the group, they would remain indecisive and even accuse me of being self-centred, or that, by trying to guide the group, I somehow breached some unspoken rule of etiquette.  Even worse is when I’m asked my individual opinion when the decision has already been made, and I inevitably make the wrong choice and make myself look incredibly selfish, like in this situation recently: 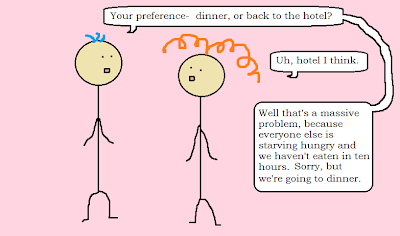 As a result, I worry that I'll come across badly if I were to express my opinion on such a thing, which, subsequently, turns me into the very person I hate, i.e., somebody who doesn’t express their opinion despite having one.  I end up answering such questions in a stupidly nervous and indecisive way:

“Well, my vote is for the hotel, but honestly, either is fine.”

Which usually results in:

“If you want to do to the hotel, just say so; stop being so indecisive.”

Which leads me to another pet peeve; people who don’t believe that I genuinely ‘don’t mind’ what we do, and accuse me of being indecisive.

Sometimes, I am faced with a decision and I have utterly no preference whatever; perhaps because both choices are neutral, or both great, or perhaps because they both have good and bad points that balance out.  Sometimes I care about where we eat; if it’s a choice between Burger King and McDonalds I’d always go for the latter because Burger King don’t have a fish sandwich.  If, however, someone says to me: “Indian or Italian food?” And I’m just so starving hungry that I would quite happily eat my own head if it came to it, I honestly won’t care.  As a pescatarian, I can’t eat most things on restaurant menus (or my own head, come to that) and, as a result of the amount of Marmite and BBQ sauce I eat, most food tastes like nothing to me anyway, so it’s only fair that someone whose enjoyment will actually be affected by the choice should make the decision.  To pretend I had a preference would only be dishonest.

In such group decisions, there will always be one person (to be fair, this person is sometimes me) who will get angry and say- “Well if no one else is going to make a decision, I’ll just make one for everybody.”  First of all; this is fine! If everyone has said they don’t mind what we do and you do mind, then make the decision for us: sorted! There’s no reason to get cross.  However, I totally sympathise and can see why this can be frustrating, especially as it can lead to situations like the first one, where suddenly everyone decides that they do have a preference after all and yours was the wrong one.

Crumbs, life is difficult sometimes, especially if you’re borderline Aspergers, like me.  It’s a constant to and fro of worrying about upsetting people and coming across too strongly, but, at the same time, not wanting to appear weak and flaky.  As a result, not only do I have to worry about whether I want to go to an Italian or Indian restaurant, but I have a meta concern at the same time regarding whether I express my opinion or don’t express it, and a further concern regarding how I go about doing (or not doing) that.  Simple questions about my preferences for incredibly minor things can make me so confused that most of the time I really don’t know what I think about anything because it’s all tangled in a web of fear and anxiety.  Sometimes I find myself pretending that I want to do something, or even outright lying about wanting to do something, but people read through this and get cross, so I tell the truth, but at that point I no longer know what the truth is and I end up telling more lies to cover myself.

What we need, I think, is some kind of electronic device attached to our heads that is programmed to read our brain-waves, and, when faced with a trivial choice, the device will show on a display what our decision is, without anyone having to say anything, then we can count up the votes and go with the majority.  No arguments or fuss.  I think this would save the world a lot of stress. 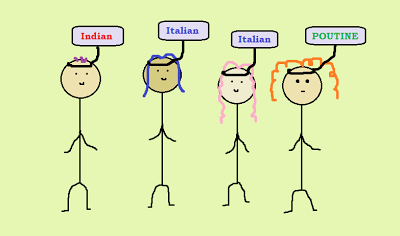 However, I do see that a machine that causes us all to automatically reveal our subconscious thoughts may be rife with problems. 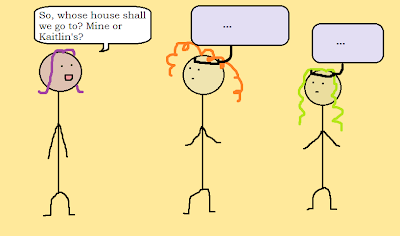 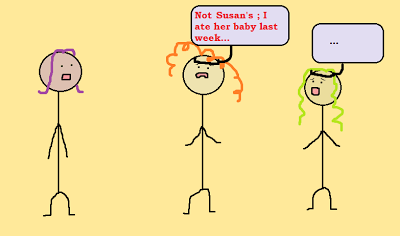 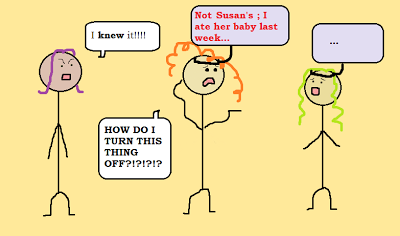