After two weeks of extensive research, this is Canada (specifically, Toronto) in a few points:

1.  I have just realised that ‘Canada’ is very difficult to type, so this post is going to be a ball-ache.  I wish it was called something easier, like ‘Canand.’  Do Canadians have trouble with this? 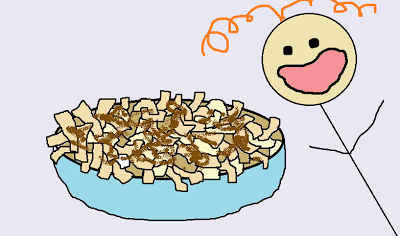 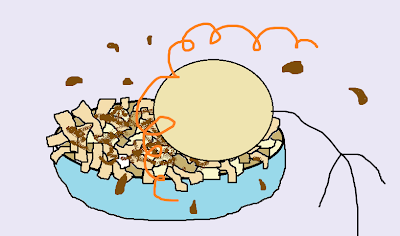 3.   Canada made me a little fatter than I was (see point 2), and owing to extrapolation, this is what would happen if I lived there for a year: 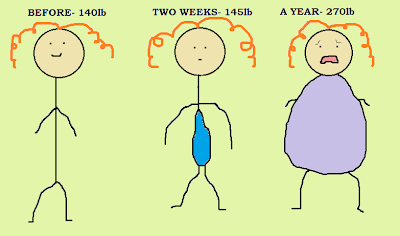 4.  It is almost impossible to buy alcohol in Toronto, and when you do find it, it is obscenely expensive: 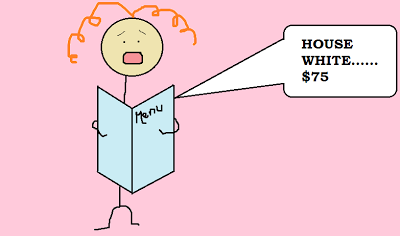 I ended up buying the most cost-effective thing when a went into a liquor store; a 1.14 litre bottle of whisky for $37, which I drank over a period of eight days while blogging, watching Netflix and hating myself.

5. In fact, everything is expensive.  The transport system especially, and they only take cash, which I saw very little of because as soon as I got any it vanished in a blur of poutine and Reece's peanut butter cups from the vending machine where we were staying.

6. Speaking of the transport system, the announcements on the Toronto Subway, while very clear, sound as if the woman reading them is very depressed and has practically given up on life. 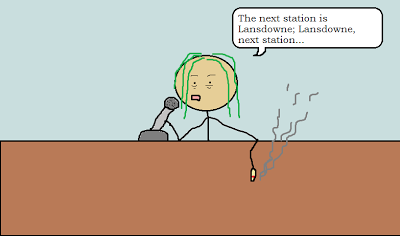 7.  People are very nice in Canada, especially my lovely friends, who had all sorts of crazy stories: 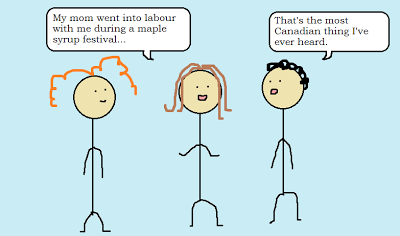 They also do pretty incredible things like taking me to the most delicious macaroon shop I've ever been to and buying me TWO CAKES. 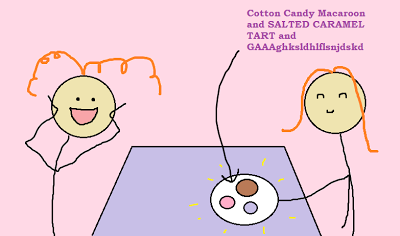 8. Air Canada used to have the best radio station I've ever heard in my life; not only did it have a song called the 'Name Game' which involved rhyming names thus:

But it had, also, this weird song that went something like this:

My Family is different from yours;
We eat breakfast, lunch and dinner
Sitting on our mothers' laps...

And a poem called "The Queen, the Bear and the Bumblebee" which pretty much explains itself.

9.   Canada is the perfect middle-ground between the UK and the USA: it has all the spirited fun of being in the USA but not, it seems, as much of the crazy patriotism and pushing of children.  (Pushing them with regards to education and skills, not pushing them into an on-coming train or something.) They share the British apathy and self-deprecation to an extent, but seem to possess it along with a delightfully positive attitude, eh?

In conclusion, Canada is a wonderful place, but living there would be very bad for me indeed, owing to the fact that I have no willpower and most of the little money I would earn would go on buying poutine and root beer.  My friends assured me that it was just Ontario that had the weird alcohol laws and just Toronto that was ridiculously expensive, so perhaps I would live in a different province, like Newfoundland, which has the best accents of anyone in the entire world.  Having said that, there are many, perfectly good reasons for me to live in the UK forever: