The Seagull that Pecked its Way into my Nightmares, Literally.

Seeing as my post yesterday was serious and ranty, I’m going to try my best to talk about something happy today, and there's nothing much better than a random story about a seagull that’s probably dead now.

There were many seagulls in St. Andrews when I went to university there, and I got to know some of them pretty well, including one that had half a stump instead of one of its legs and there were hairs coming out of the stump.  Here’s a picture: 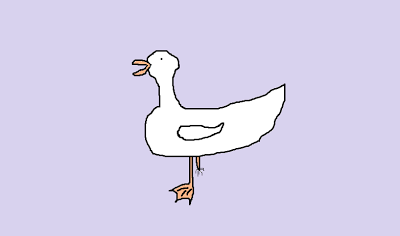 I don’t know how much seagulls are aware of their surroundings and my good relationships with most of them were probably completely one-sided, but I didn’t waste too much time crying myself to sleep over it.  The important thing is, I seem to have a way with birds that other people don’t; there was one particularly vicious one in Helsinki that made about twenty or thirty separate attempts to steal my friend’s ice cream before he (my friend, not the seagull) was forced to curl up in a ball to defend himself.  Interestingly enough, a couple of other friends went to Helsinki and got their ice cream stolen in exactly the same place- THE GULLS ARE ORGANISED! 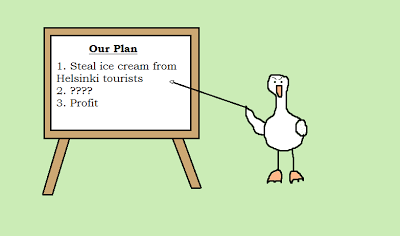 Of course, this picture is totally unrealistic.  That seagull would have written in Finnish instead of English.

ANYWAY, birds like me.  Partly because I don’t run at them and frighten them away, and partly because I often sit down in random places, like beaches or Whole Foods, scatter a bunch of birdseed around me and just see what happens.  Usually it ends in AMAZING. 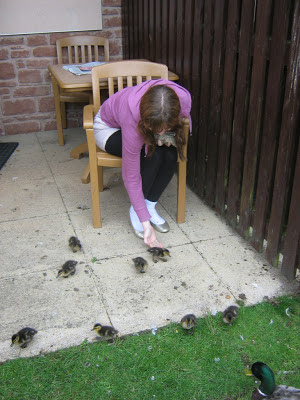 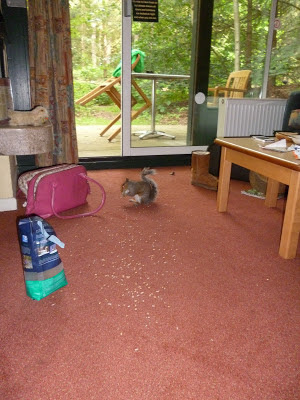 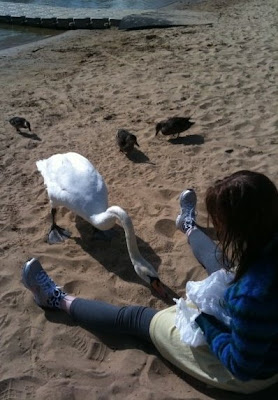 So when I was staying over at a friend’s house in his bed, (he wasn’t in the bed with me; I just want to make that clear from the start) I was hardly surprised when, at 4 in the morning (after going to sleep at 2), I woke up to hear a loud tapping sound, and to see a huge seagull perched outside on the windowsill.  How lovely!

In fact, at first it wasn’t at all lovely; I almost jumped out of my skin when I saw it. 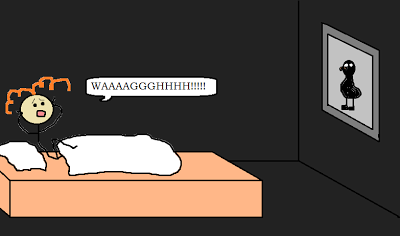 But after greeting the bird and wishing it well, I settled down to get another four hours of sleep.  Unfortunately, the gull had different ideas, and began to peck on the window.

It continued to peck on the window for FOUR SOLID HOURS. 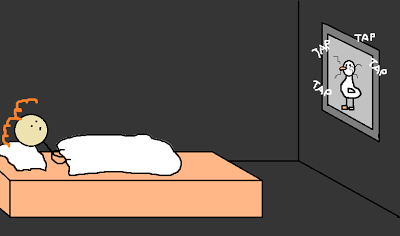 I began to get cross after the first hour, and, for the first time in my life, almost wished harm on a bird. 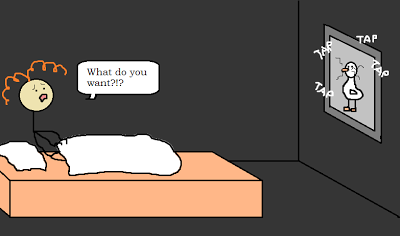 In the time that followed I was subjected to the torture of beak against glass and went into a weird delirious state where nothing was quite real anymore.  Sometimes it would stop for ten seconds or so, and the silence and hopefulness in the air was as delicious as a Cadbury’s Dairy Milk. 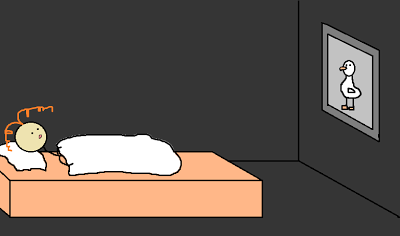 Then it would start tapping again, crushing my dreams with a simple peck of its beak. 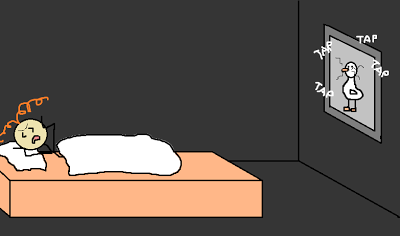 I felt, at one point, like there were multiple seagulls pecking their way into my brain and at a later point I felt like I was the seagull and I was on the other side of the window.   At an even later point, I was watching the gull as it was pecking the window and it actually pecked THROUGH the window, breaking the glass, and flew right up to me in bed, dive-bombing me with its beak… 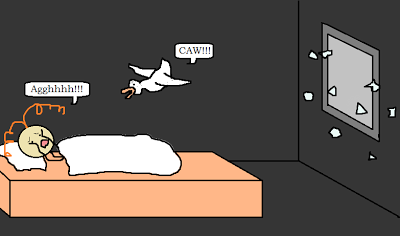 And then I realised that I’d somehow dropped off to sleep and the gull itself was still pecking on the window. It didn’t stop until after I’d got up and dressed at 8am, and I was so deliriously tired that day that I spent the whole of it walking around in a daze literally banging off the walls.

“There was a seagull keeping me up most of the night.” I said to my friend later, not expecting he’d believe me.  “From 4am to 8am he was pecking and pecking on the window.”

“Oh that’s just Boris.” My friend replied.  “He comes by every morning.”

There was no further explanation.  It may, however, have explained why, months later, my friend went on a massive killing spree and ended up in a mental institution.  Unfortunately, that part of the story isn’t true.
Posted by The Singing Duck at 13:25