Yesterday, Foofy and I went to the Louvre.  I have quite a sour relationship with art galleries; not because I hate art or anything, but because whenever I’m in one, the people with me like to stop and look at EVERY painting and take hours over each tiny thing they observe.

I spoke too soon before actually, because, in some ways, I don’t like art at all.  It’s a bit unfair really, as some of the pictures and sculptures I saw yesterday were very pretty, but as a result of countless boring museum visits (where people also walk VERY SLOWLY), not doing well in my Art and Design GCSE, and getting my wallet stolen at the National Portrait Gallery, whenever someone tells me- “I really like art.” I kind of inwardly roll my eyes and sigh.  I know it’s not fair, but I do it all the same.

I enjoyed the Louvre because Foofy let me set the pace (he’s going to go back there by himself another day when he can get in for free) and I also had a good time in the Pompidou centre for a similar reason.  Before we went, Foofy and I had a 2-hour long fight about how rubbish some modern art is, I mean, pictures like this: 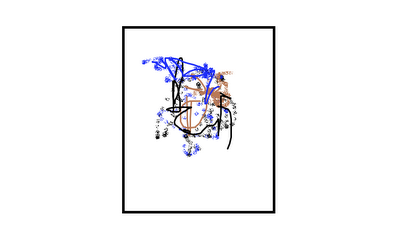 According to Foofy, they are actually a lot more complicated than I think, and it’s just that I don’t appreciate it, but, for me, that’s exactly where this kind of art fails.  I have great respect for people who study art as it’s something that I don’t understand and people who do understand must be somehow working on a different level to me, but even though it may have meaning to those who study it, I find that most modern art just makes me feel alienated.  When I see someone looking at a painting of a black square and nodding at it slowly while narrowing their eyes I don’t think they are cleverer than me for understanding something about the painting that I didn’t.  I just think they’re an arse. 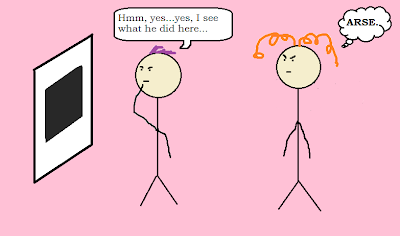 Anyway, I was all ready to feel alienated and annoyed by the pictures at the Pompidou but my favourite picture in the whole place was one that was really simple; I stupidly didn’t take a photo of it but it looked like this: 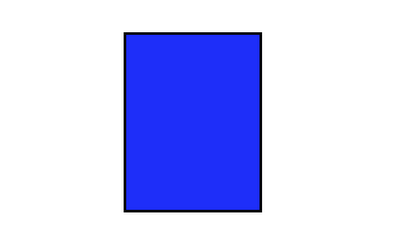 There was something about the exact shade of blue and the fact that it was on a completely white wall that made it look like it was glowing.  It struck me as amazing that something so simple can appear to be magical when looked at in a certain way.

The pictures in the Louvre were pretty much as I expected; my favourite exhibition was the Egyptian one, because they had little models of cats that had kittens: 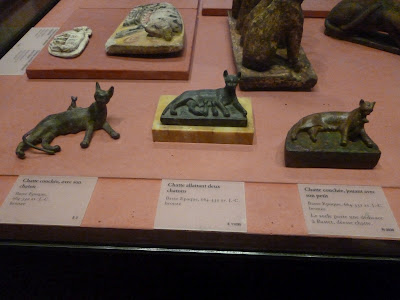 I also made a discovery in the gift shop: 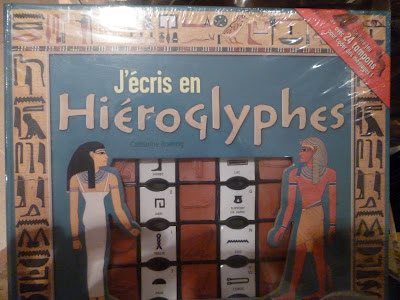 Some more tampons! Foofy and I have looked at the evidence and deduced that ‘tampon’ must mean ‘stamp’ in French, but it was surprisingly difficult to figure this out!